In the summer of 1940, Great Britain found itself at war against Germany alone. Just then Prime Minister Winston S. Churchill came up with with the doctrine of "Set Europe Ablaze" and the SOE (Special Operations Executive) organisation was instituted for this purpose. Its task was to lead secret subversive actions against Nazi Germany, particularly by supporting the resistance movement in the occupied countries of Europe. The visions of the leaders of Czechoslovakian exiles were fully in sync with these plans, and they saw in them a good way to get involved with the Allied efforts, and at the same time supply the resistence movement back at home with materiel and technical help, and last but not least, personnel assistance. In the years 1941-1945 forty-six operations were prepared with the deployment of 121 Czechoslovakian paratroopers, out of which 37 operations were actually realized with 98 Czechoslovaks sent into action. The majority of these performed intelligence, organization, communications, and sabotage tasks, not only in their occupied homeland, but also in France, Italy and Yugoslavia. Without a doubt, the most sucessful operation was ANTHROPOID - assassination of the Reich Protector Reinhard Heydrich, which rightfully ranks among the greatest achievements of the European anti-Nazi resistance. The journey of the Czechoslovak soldiers selected to carry out the dangerous mission behind enemy lines usually started in Scotland, where there were local farms, manors and castles, which SOE turned into its special training schools and centers. With their enthusiasm, patriotism and most of all their actions, the Czechoslovakian soldiers left behind an indelible footprint.

Amount of panels: 8 + 1 introductory on banners 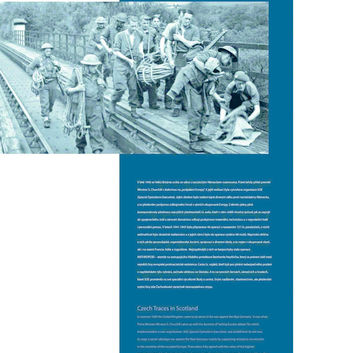 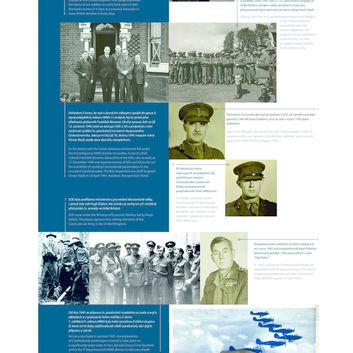 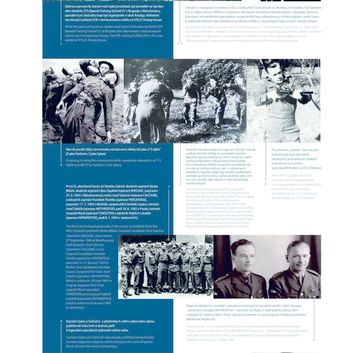 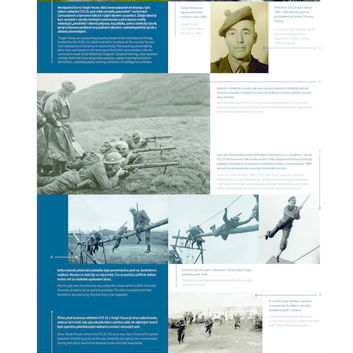 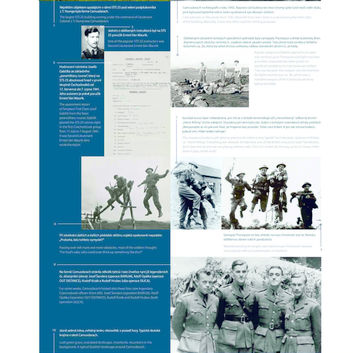 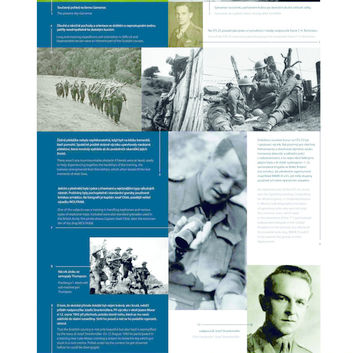 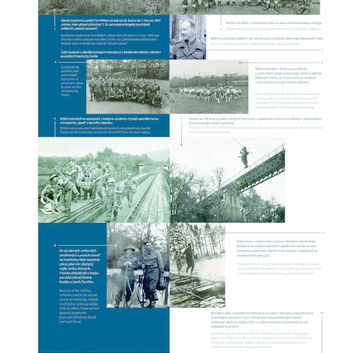 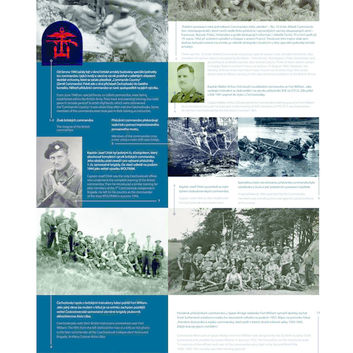 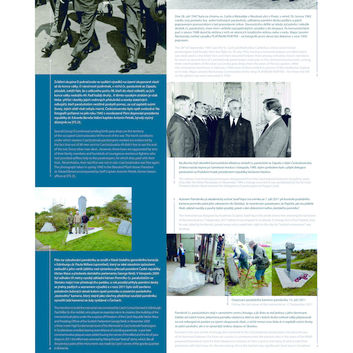