The exhibition introduces the circumstances of burning out of this village in central bohemia which occurred on June 10, 1942. The tragedy of Lidice became a symbol of suffering of innocent civilian people not only in our Country but in the whole world.

Further on there is a brochure called "Lidice before- Lidice today" available for consignment sale in English and German. Its cost is CZK 60. 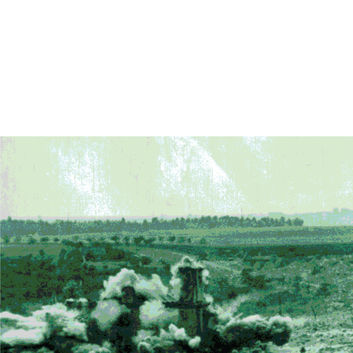 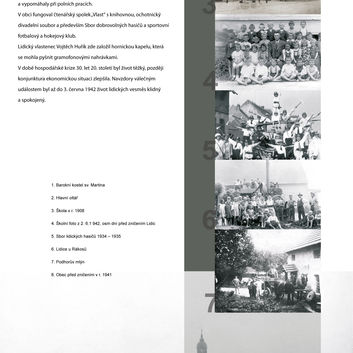 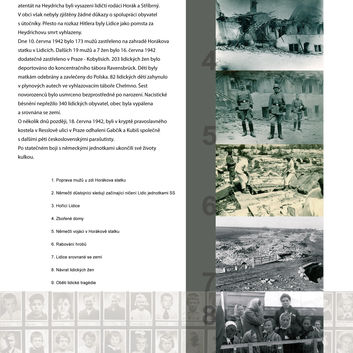 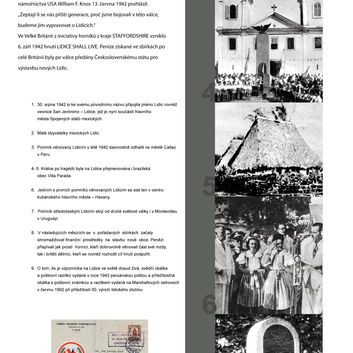 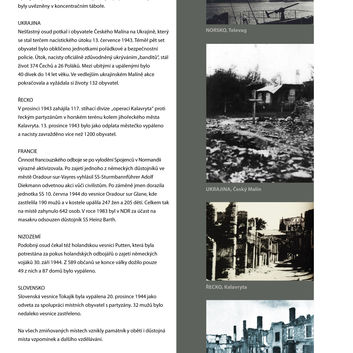 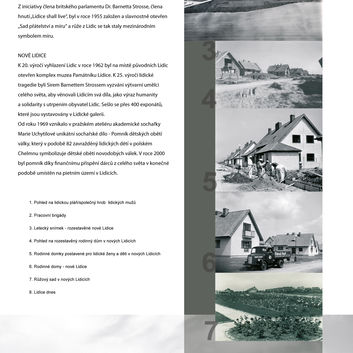 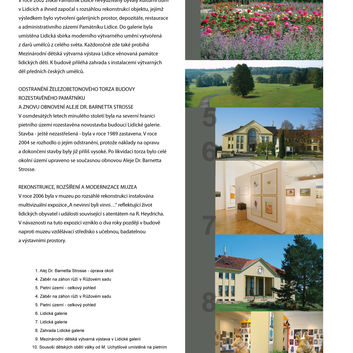