The Beautification Committee for Lomnici and surroundings has created an exhibition about a forgotten Foundation, which has helped many Jews from Austria and Czechoslovakia to find (temporary) asylum.

Fridtjof Nansen is known primarily as a researcher, although his work in the field of human rights is not less important. From 1920 Nansen was the main representative of the League of Nations for refugees and in this function, he made sure that stateless refugees received a so-called Nansen passports. He was active among others in the humanitarian crisis in the Greco-Turkish War. In 1922 he won the Nobel Peace Prize.

His work was continued by his son, the architect Odd Nansen, who found the "Nansenhjelpen" – Nansen Foundation in 1937, whose task it was to help Jewish refugees to gain asylum in Norway.

"Until 1851 it was officially forbidden for Jews to move to Norway and also in 1930 the Norwegian Jewish community only had 1359 registered members. For Jewish refugees, the situation was difficult because they were not accepted as political refugees by the Norwegian government. Leif Ragnvald Konstad - head of the passport office of the Norwegian Ministry of Foreign Affairs - had announced in 1938 that Norway is no country for immigrants, and his employees examined asylum applications very strict ".

With the personal commitment of Odd Nansen (who was in the end imprisoned for his resistance activities in the concentration camp Sachsenhausen) and his friends it was possible to bring almost forty Jewish children and dozens adults to Norway, including the Brno citizens Leo Eitinger, the brothers Otto and Hugo Eisler, the employee of League for human rights Nora Lustigova and many more.

This exhibition in the Year of Reconciliation should remember that there were added to Sir Nicholas Winton, other people who have tried, despite the high risk, with great effort, to protect – at least temporarily – a group of people. Human solidarity and support have played an important role, because that went far beyond the official line of consulates, quotas and political statements.

And today you can still convince yourself, that a person can sometimes save more lives than an entire countries. 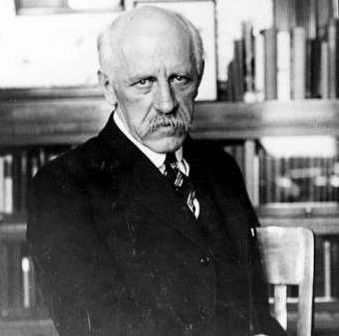