The Lidice Gallery is situated in the middle of the new Lidice village, approximately 500 meters from the premises of the Lidice Memorial museum. Originally it was built to a design of the architect František Marek as a community center. The construction works began in 1957. After 1989 it became a private property and stopped being used for its original purpose. The dilapidated building was taken over by the state and converted to its current use in 2002–2003.

The ground floor of the building has the permanent exhibition of the Lidice Collection made up of gifts to Lidice from artists from all over the world. The first floor holds regular short-term exhibitions while, from May to October, the marble hall on the 1st floor hosts the current edition of the International Children’s Exhibition of Fine Arts Lidice. The Lidice Gallery plays host to cultural events, concerts and theatrical performances.

The gallery space opens to the garden where cultural events are held in sunny weather and where some of the sculpted items of the Lidice Collection can be found. 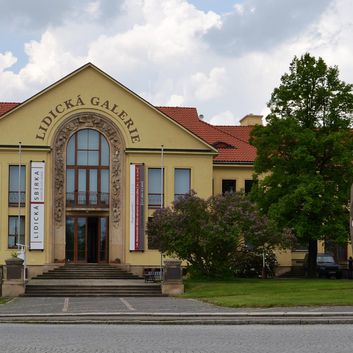 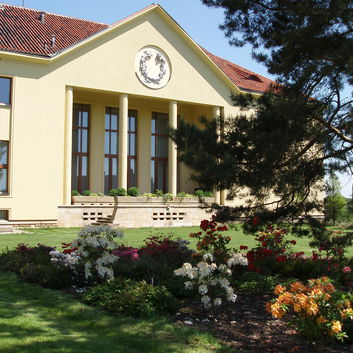