This village, the name of which became a symbol of Fascist despotism in World War II, lies 20 km west of Prague and eight km from Kladno. Lidice is first mentioned in chronicles in l318. The oldest public building was St. Martin's church (1352). It was destroyed in the Hussite wars, but Utraquist priests were preaching here as late as in the 16th century. It was again destroyed during the Thirty years' War, and Grand Duchess Marie Anna of Tuscany had a new, Baroque church built which was restyled several times in the following years.

The village school is first mentioned in records from 1713 when it had 127 pupils. It had a simple system of central heating and was evidently the first of its kind in Bohemia. A new one-storeyed school was built in 1824.

The expansion of industries in Kladno (coal-mining, lighting of the first blast furnace in 1855) turned Lidice into a busy mining village in the 2nd half of the l9th century. Whereas, in 1848 it had 270 inhabitants living in 33 houses, by 1890 the figures had risen to 506 people and 50 houses.

The Nazi occupation of Czechoslovakia had tragic consequences for Lidice. In order to suppress the growing anti-Fascist resistance movement, security police chief SS Obergruppenfuhrer – Reinherd Heydrich was appointed deputy Reichsprotektor in September l941. During his short reign of terror, 5000 anti-Fascist fighters and their helpers were imprisoned. The courts working under martial law were kept busy and the Nazis even had people summarily executed without a trial in order to spread fear throughout the country. Many people from Kladno district died on the scaffold or in concentration camps.

The lot of the Czech nation was complicated by the decision of the Czechoslovak government in London to get rid of Heydrich. The operation by Czechoslovak parachutists in which Heydrich was mortally wounded on May 27, 1942 brought reprisals which shocked the whole world.

The vague contents of a letter, addressed to a woman employed in a Slaný factory and held back by the factory co-owner, J. Pála, roused the suspicions of the Kladno Gestapo that there was some connection between Heydrich's assassination and the Horák family in Lidice who had a son serving in the Czechoslovak army in Britain. Although investigations and a house-search produced no compromising material, weapons or transmitter, the Nazis needed to carry out an act of vengeance for the death of "an outstanding man of the German nation", and for this they chose the people of Lidice.

The tragedy of this little village and its 503 inhabitants began on June 10, 1942 a few hours after midnight. The events of that summer day are recorded in a documentary, filmed by those who actually carried out that brutal crime against innocent people. Although a silent film, it can be understood by all people, irrespective of their color or tongue. This film served as document No. 379 at the Nuremberg trials of the Nazi German leaders in 1945. Parts of the film are shown on a video recording at the Lidice museum.

At the orders of K. H. Frank 173 Lidice men were shot on that fateful day in the garden of the Horak farm. The women and children were taken to the gymnasium of Kladno grammar school. Three days later the children were taken from their mothers and, except for those selected for re-education in German families and babies under one year of age, were poisoned by exhaust gas in specially adapted vehicles in the Nazi extermination camp at Chełmno upon Nerr in Poland. The women were sent to Ravensbruck concentration camp which usually meant quick or lingering death for the inmates.

Having rid the village of its inhabitants, the Nazis began to destroy the village itself, first setting the houses on fire and then razing them to the ground with plastic explosives. They did not stop at that but proceeded to destroy the church and even the last place of rest - the cemetery. In 1943 all that remained was an empty space. Until the end of the war the sight was marked by notices forbidding entry.

The news of the destruction of Lidice spread rapidly around the world. But the Nazi intention to wipe the little Czech village off the face of the Earth did not succeed. Several villages throughout the world took over the name of Lidice in memory of that village, and many women born at that time and given the name of Lidice still bear it today. Lidice continued to live in the minds of people all over the world, and after the war the Czechoslovak government's decision to build it again was declared at a peace demonstration on June 10, 1945 at Lidice which was attended by Lidice women who had survived. 340 Lidice citizens were murdered by the Nazis, 143 Lidice women returned home after the war ended, and after a two-year search 17 children were restored to their mothers.

In 1947 the foundation stone of a new Lidice was laid 300 meters away from the original site and in May 1948 work began on building the first houses. A modern village of 150 houses gradually arose with the enormous help of volunteers from all over the Republic as well as from abroad. The present council house, post office, house of culture and shopping center were built at the same time. The old site was preserved as a memorial including the common grave of the Lidice men, a monument and museum, and between it and the new village a "Garden of Peace and Friendship" was opened on June 19, 1955 where thousands of rose-bushes from various parts of the world were planted.

And so, the life of the village stopped for a short time, only to blaze up from little spark into a huge flame, thanks to the help of all willing people from the whole world. What direction it will take in the future lies only in the hands of its present inhabitants.

Stop here and pay a silent tribute to the innocent Lidice victims, and visit the museum where facts and documents of the Lidice tragedy are collected, the rose garden, memorial site and the new village. 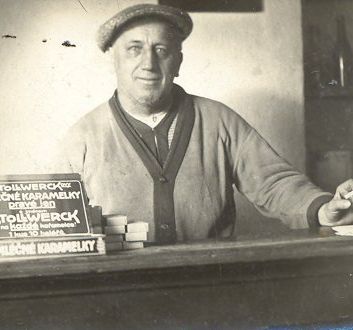 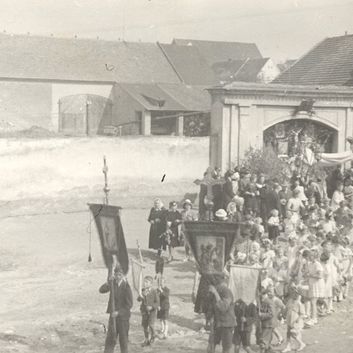 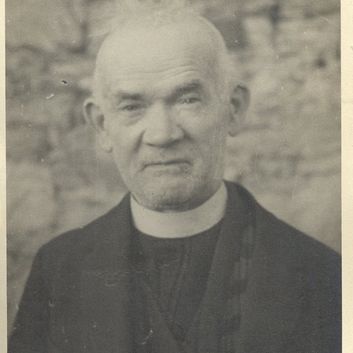 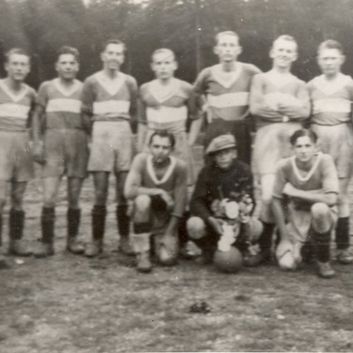 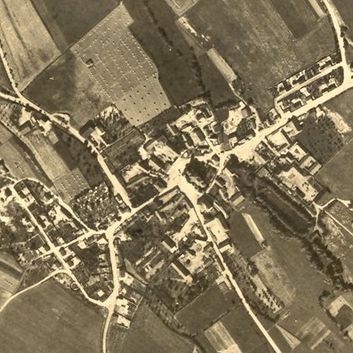 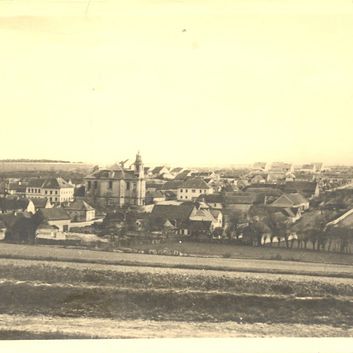 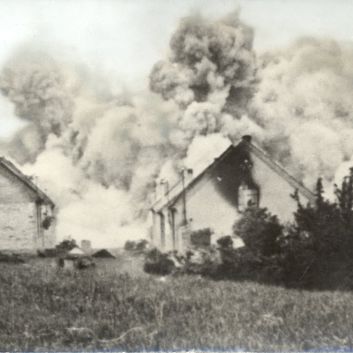 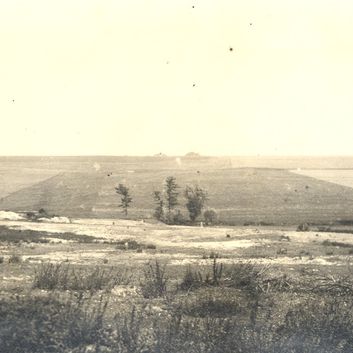 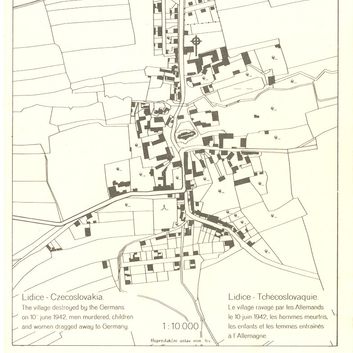