Exhibitions and Events in the Museum

The Ottoman Empire was established and flourished at a price of tragedies of millions of children. The policy of mass destruction and forced Islamization became a cornerstone for the foundation of Turkish national state and expansive empire. The vicious system of child devshirme carried out by Sultans towards many thousands of Armenian, Greek, Bulgarian, Serb, Georgian, Assyrian, Romanian and other children was aimed at forcefully separating them from their families and ethnic environments, abducting into Islam and using as a tool during the expansionist wars of the Ottoman empire. Devshirme and phenomenon of slavery carried out by the Ottoman Turks are the most shameful pages in the history of our civilization.

More than half a million Armenian, Greek and Assyrian children were killed or turned into Islam as a result of the Genocide by Young Turks and Kemalists, at the beginning of the 20th century. This Genocide against Christians in Turkey is one of the biggest tragedies of the 20th century, and it is an atrocious and still unpunished crime against humanity and civilization.

The exhibition will be officially opened by H. E. Mr. Hovik Abrahamyan, Prime Minister of the Republic of Armenia and H. E. Mr. Daniel Herman, Minister of Culture of the Czech Republic, on the 1st of June, at 17.30 in the Exhibition Hall "Pod Tribunou". 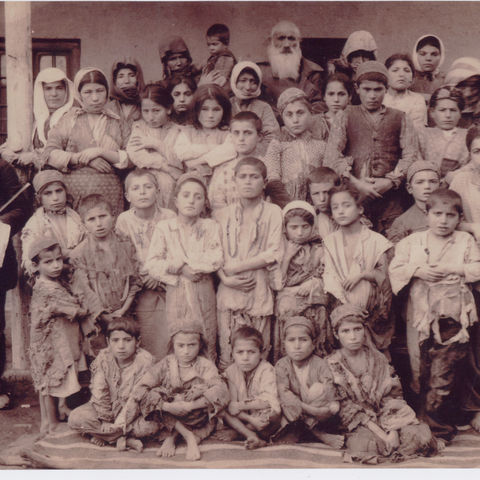