In the house you can find a permanent exhibition "Building the new Lidice" about the construction of the new Lidice, its architecture, interior design and everyday life. 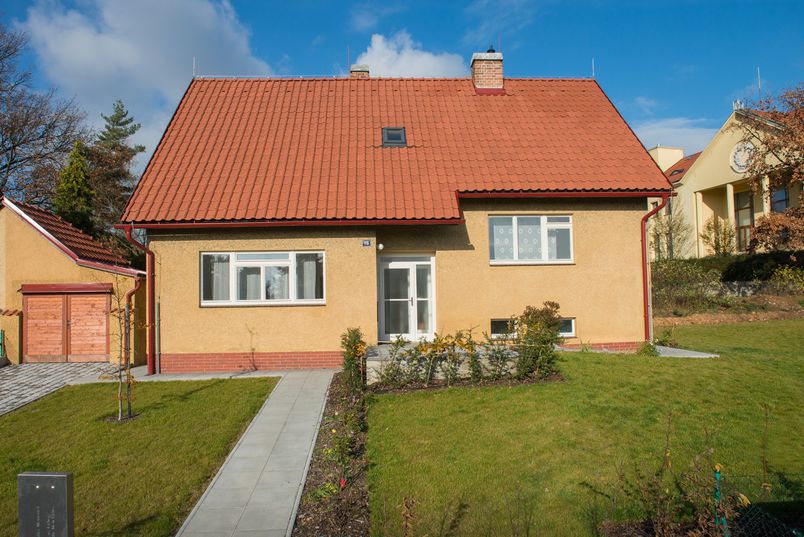 The family house was bought by the Lidice Memorial in 2015. From the time it was build the house has not undergone major structural changes.

In 2015-16, complete reconstruction of the house was undertaken by the construction company Wandel Czech, s. r. o. to the design by Ing. Julius Wenig and Ing. arch. Luboš Sekal, so that the outside and the inside of the house would become as close as possible to the look it had at the turn of the 1950s and 1960s. Since 2017, the building has housed a permanent exhibition We are building a new Lidice, a research room with a library and a room dedicated to educational activities of the Lidice Memorial.

The whole undertaking was financed by grants from the programme Administration of State-Owned Property granted by the Ministry of Culture of the Czech Republic.

The house was ceremonially opened on 14 December 2017,  significantly enhancing the exhibitions of the Lidice Memorial.