An academic sculptor professor Marie Uchytilová was deeply touched by the tragedy of the crime in Lidice. In 1969 she decided to create bronze monument of Lidice children that should be also understood as A Monument of children’s war victims.

To create eighty-two statues of children in an above-life-size height took her two decades. The atelier where the monument was created was meanwhile visited by tens of thousands of people from the whole world. They started collecting money spontaneously so that the monument could be realized as it already touched everyone who had seen it.

In March 1989 the author finished her art work in plaster however she never saw any money from the collected donations. Therefore she cast in bronze the first three statues from her own savings. Unfortunately in autumn 1989 she unexpectedly died. She could only see her whole life work placed in Lidice in her imagination.

Her husband J. V. Hampl continued in the work since 1990 on his own. In spring 1995 there was a concrete rest cased by marble blocks made on the marked place. Afterwards the moment that was awaited for long time came. 30 children in bronze shape returns to their mothers in Lidice. Since summer 1996 more statues were installed with a different time in between each installation. The last seven were uncovered in 2000. Currently there are 42 girls and 40 boys murdered in 1942 looking at the valley.

In November 2010, a statue of a little girl, which was located right in the foreground, was stolen. Given the considerable public interest an account was opened to collect finances to restore the statue. On this basis it was possible to make a copy and install it to its original position.

Big thanks belongs to everyone who both morally and financially supported the work of Marie Uchytilová and implementer sculpture in bronze Jiří V. Hampl.

She created a large number of plastics, portraits and medals. She created a statue of Barunka for Česká Skalice and her one crown coin motive of a woman planting a basswood offspring used to be our currency used for the longest time. Since 1969 she continuously worked on the Monument of children’s war victims, the first one of its kind in the world.

She died unexpectedly of a heart attack the evening before November 17 1989. 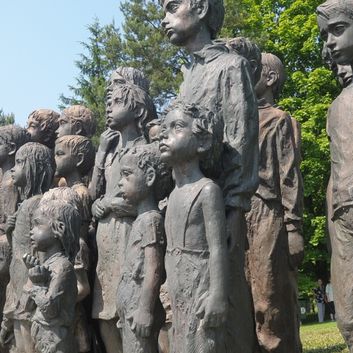 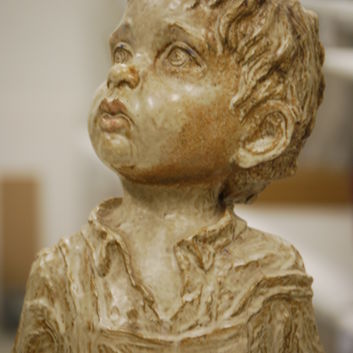 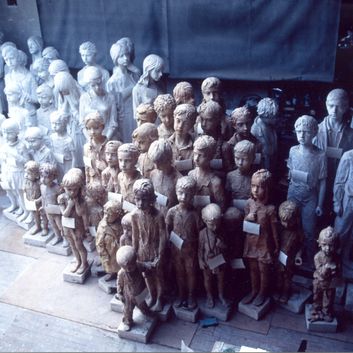 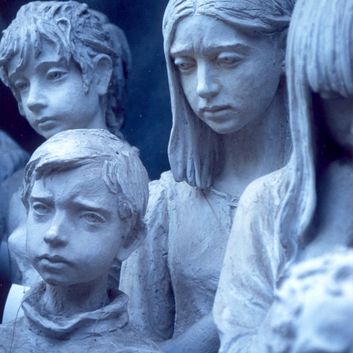 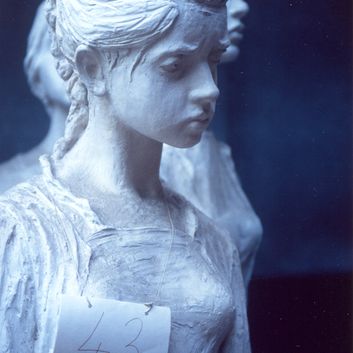 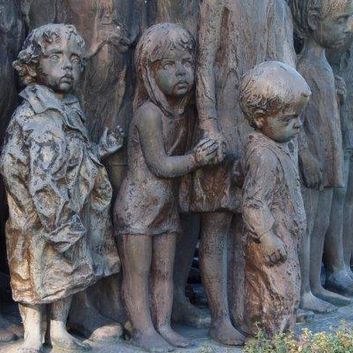