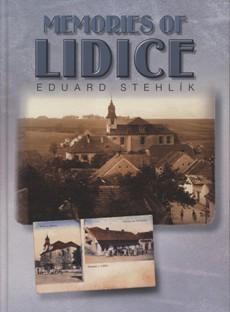 The author of the book called Memories of Lidice is a historian dr. Eduard Stehlík from The Department of Defense. In 2004 he already produced a book for The Lidice Memorial, called Lidice: The Story of a Czech Village.

While working on the first book the author was realizing that the theme of Lidice has not only its factual and visual aspects but also a very emotive one. This aspect, namely the memories of those who survived, had not been represented in any form of book until then. Before completion of the first book an idea to create a second book originated. A book that shall contain stories about Lidice told by Lidice women and children so that their testimony could be kept for other generations that will come after us. During the passed years the author personally talked to the most of those who introduce themselves in his book. The testimony of those, who already left for a better world from where there is no way back, was found in archives and in newspaper articles that were forgotten a long time ago.

Unlike the first book which was mainly devoted to the life of old Lidice before the fatal June 10 1942 the current book from Mr. Stehlík is above all devoted to the tragedy of Lidice itself. The reason is quite plain- there is only a small number of those who remember the life in old Lidice and many of them have their beautiful memories of their native village covered by gruesome images of that they had to go through during the war.

The acknowledgements of the author at the close of the book reflect for that matter: "This book was uneasy to produce... Generally the interviews were not continuous and easily floating story telling.. Very often there were longer or shorter pauses at the moments when the memory of close relatives or of the experiences would dry ones throat so that it was not possible to continue. Neither in storytelling nor in questioning..."

The book "Memories of Lidice" has 152 pages altogether and there are 389 photographs and pictures most of which has not been published before. It was published by a publishing house V RÁJI in Czech, English and German.